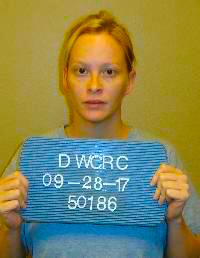 After a change of plea and a canceled trial, the woman accused of killing a Wishek native in a crash last year has been sentenced.

Voldness made a U-turn at Buckstop Junction in Bismarck, killing the 33-year-old Glas when his motorcycle struck her vehicle and he was thrown.

Voldness had reportedly used methamphetamine before the crash.

District Judge John Grinsteiner signed a judgment, sentencing Voldness to four years in prison, with three years' supervised probation and almost $11,000 in fees — the bulk being restitution, including $1,973 to Glas' estate.